A guide to growing your bangs out, according to our favourite celebrities

24.03.20
Put the scissors down and calmly step away from the scene

Here's where it starts. Your fourth mental breakdown of the week and in your frenzy you've given yourself some micro bangs. On the one hand—yikes. You start to cry but then realise, on the other hand... it's low-key kind of cute. You think of Emma Watson and liken yourself to her. 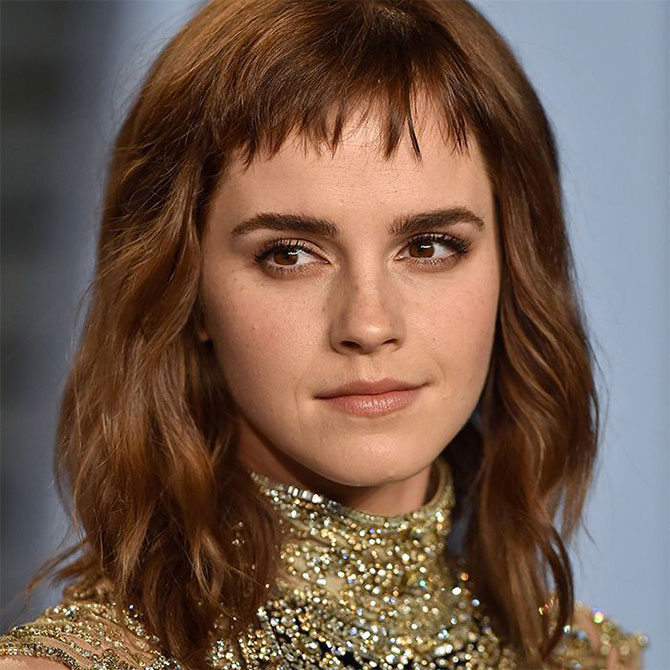 In fact, you look like every Manic Pixie Dream Girl in virtually every indie film on the planet, and you're not just saying that because there's nothing you can do about your fringe at this point (though, there isn't). That said, it's definitely not what you were going for and you refuse to let anyone else see them in case they let you know what they really think. You're not ready to face the consequences of your actions and so you whip out your hat collection, a move of desperation.

A big hat like Rashida's hides both your fringe and your shame!

You're still not entirely sure how to use a beret (Is it the hat that's weird or just the shape of your head? Is it just not supposed to stay on?) but you're trying something new and no one is saying it doesn't look good (it doesn't, but they're being supportive).

You find the headbands you impulse bought six years ago, pull a Vanessa Hudgens and use it to cover your mistakes. It works well, no one is the wiser about your fringe-y foe but you can't help but notice it's making you break out.

Eventually your tears blur your vision so much you don't see much of anything at all. You ping pong between these two moods until your bangs reach your eyebrows. They're still too short to do anything with so you stick to your hats on bad hair days.

At this point, you either love them or hate them and you can't decide which one it is. When you were cutting your bangs, this is exactly what you pictured. You're basically Zooey Deschanel now. Except, why are they so blunt?

God, Saoirse looks so good. Everything about this look just screams perfect but you're now on your 43rd French braid tutorial and you still don't know what you're doing. You've been at it for so long that you cannot give up now. Turns out, the 45th time is the charm and French braids aren't even that hard... apart from the part that you can feel neither your fingers nor your arms.

Okay, so Adwoa doesn't have a fringe (and is most definitely bald) but who are you to say she doesn't have bad hair days? It's your birthday and you want to play princess, so you do. Your fringe is a little greasy, so you pin your fringe back and cover the evidence with your birthday girl tiara.

You've taken a shower and haven't had time to style your devil bangs. You figure you're not leaving the house today so it doesn't matter anyway. Then, you feel it. You need tampons and you need them now. You rush out to get some from the shops, towel still on your head. You look insane but at least no one can see your fringe. 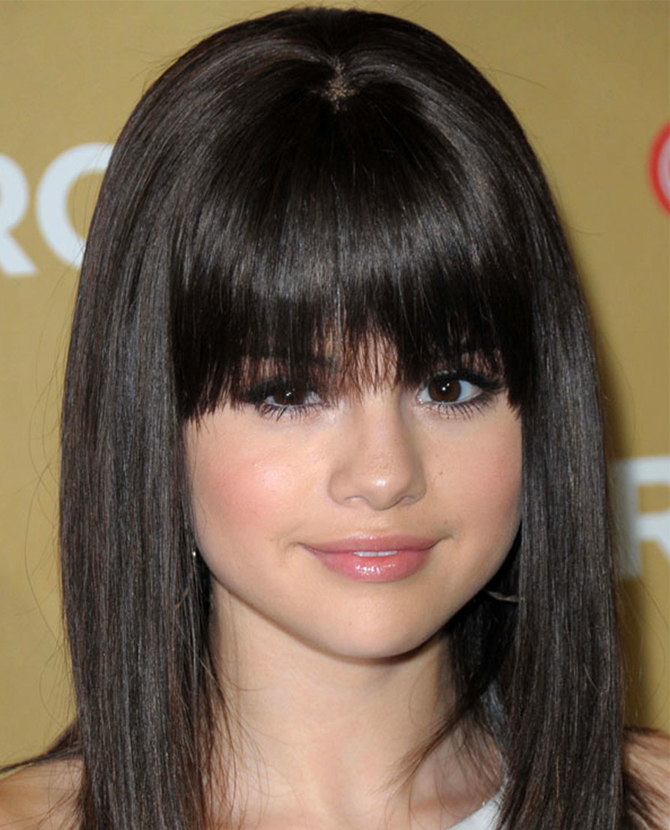 Your fringe has now crossed your eyebrow line and you are irritated. They're constantly in your eyes, they're still too short to be a curtain fringe and it's too tiresome to have to curl them up every day. You toy with the idea of trimming the middle shorter for a cute little taper, then remember that, once again, you are your own worst enemy.

So you hop on the phone and make an appointment with your stylist (who you've been ardently avoiding!) who looks at you with disappointment but does the job right for you. Your bangs are now cut in an upside down "U" shape, with the outer parts being longer than the inner which means you can see.

You let it grow out like this, parting it down the middle as it does do that they're out of the way, but framing your face at the same time. Eventually they get long enough that you can blend them in properly with the rest of your hair. You start at Elizabeth Olsen and end up at Rachel McAdams.

In this process you're getting really bored of middle parts and you suddenly remember side parts are a thing. This comes as an epiphany as you're watching La La Land (for the fifth time now). You run to the mirror in a frenzy, brush in hand, and sweep your bangs to the side. There. Emma Stone incarnate.

You've been growing them out for a few months now and you're nearly scot-free! There's the small issue of your bangs being about 13 inches shorter than the rest of your hair, but there's an easy fix. You head to the salon, cut your hair short and ask your stylist to throw in a few layers. Why not?

You look great. This is perfect—you have a trendy haircut and the bangs are gone. Except, you kind of miss them... also, your hair is really short. Surely, you wouldn't have asked for it to be this short! And it's trendy but trends come and go don't they? Long hair will be in before you know it—and your forehead is just so visible. Maybe this was a mistake...

(Un)popular opinion: Are sulfates really *that* bad for your hair?