10 Best and worst hair trends of the decade — ranked

16.12.19
From Dutch braids to questionable undercuts, these were the buzziest hair trends that made headlines the past decade

Believe it or not, when this year comes to a close we'll be entering the ‘20s (cue gasp). What better way to ring in the roaring '20s than to look over some of the biggest trends in hair this decade has seen? After you've gleaned through the best of braids, feathers (umm), and neon roots, don't forget to check out a roundup of makeup trends from the past decade as well.

Yes, this one happened. For a hot minute in 2010, everyone wanted their hair adorned with feathers, but only the coolest of the crop sported the look. Alas (but fortunately), the trend was over as quickly as it had begun.

The verdict: Let's leave it that way.

Ah yes, the scene queen, also known as the indie girl precursor. I know—didn't this die at the end of the noughties? Unfortunately not. The scene subculture thrived up into the early 2010s and so did its aesthetic. The hair volume? Enviable. The extensions? Clipped in. Living with the shame of knowing that you either genuinely wanted your hair styled like that or, god forbid, actually did have it styled like that? Unbearable.

The verdict: Let's leave it in the last decade, where it belongs.

The braid has been around for yonks, but was skyrocketed into popularity following the release of The Hunger Games, with every tween learning how to do the perfect side Dutch braid a la Jennifer Lawrence's character Katniss Everdeen.

A few years on, thanks to Beyonce's infamous 'Lemonade' cover and Zoe Kravitz being frustratingly cool, protective styles like box braids and cornrows came in to style. Unfortunately, the style has time and time again been subjected to controversy, surrounded by accusations of cultural appropriation by minority groups, who have criticised celebrities like Kim Kardashian and Christina Aguilera for wearing the styles.

The verdict: Love it (but leave the cultural appropriation behind) 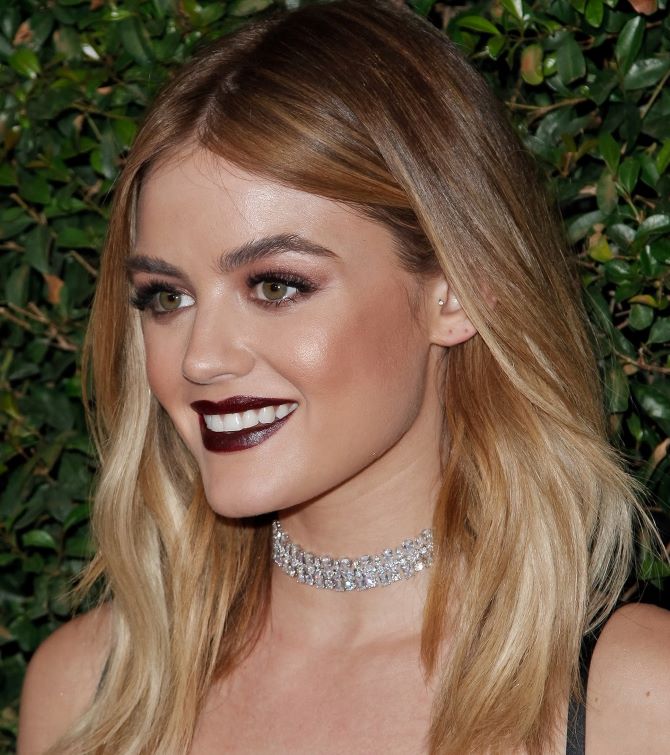 The ombre hair trend was huge in the earlier part of this decade, with very mixed results. Lucy Hale's soft, blended honey locks were the envy of every Pretty Little Liars fan, but efforts to replicate the look often resulted in the dreaded harsh line as most struggled to blend the bleach out properly (this is only mostly from personal experience).

The verdict: Leave it because there are better options i.e. the trend below 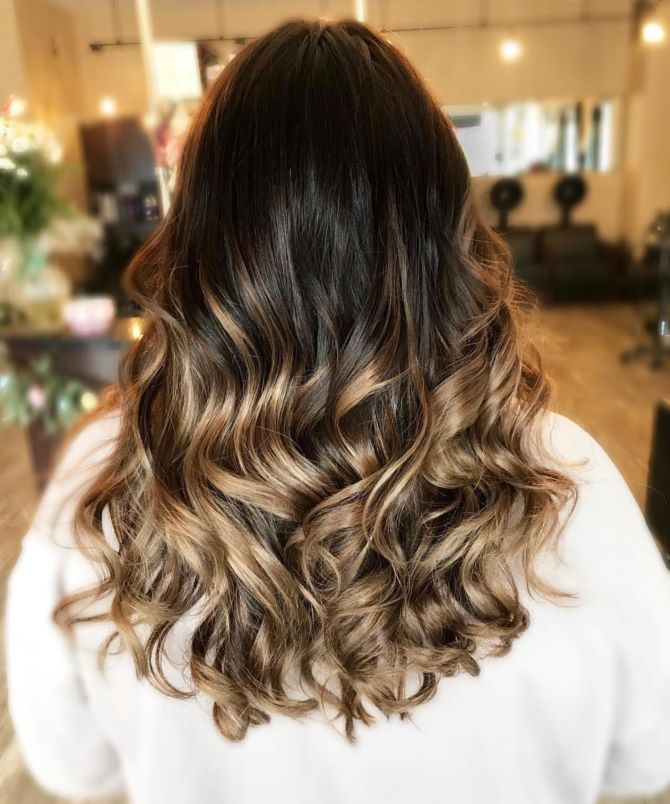 The Balayage is also known as the Ombre's more refined, modern older sister. Instead of all the hair at the end of the shaft bleached to one even colour and blended upwards, the balayage provides more dimension. The hair is sectioned diagonally and backcombed so that not all the hairs are bleached, giving the end result its multi-tonal, soft blend. The balayage has come in many forms, from black to ash blonde, rich dark brown to light honey brown and even wacky colours. Regardless, the trend is still going strong.

The verdict: Love it

With the undercut trending we reached peak edgy—typically entailing buzzing off the under-layer near the nape of your neck while maintaining the top part of your hair, giving you a striking look that could be easily concealed. Another iteration of this style was the sidecut, which was more akin to Skrillex (#tbt). Though definitely cool, many who gave in to the style said that growing it back out was a complete nightmare.

The verdict: Leave it, because is it really worth the effort?

Unnatural hair colours like cotton candy pink (a Coachella staple not too long ago) or electric blue have creeped their way out of scene and punk subcultures and into the general population—with great results! Celebs including Katy Perry took Pantone's Colour of 2018 quite literally, wearing their locks purple without resembling Barney (phew), while Billie Eilish is one to credit for making neon green roots a thing.

Psst—don't forget to check out our at-home hair colouring guide if you're keen on switching up your hair colour.

The verdict: Love it! This one looks like it's going to stay, especially with the increase in colour-specialist hair salons. 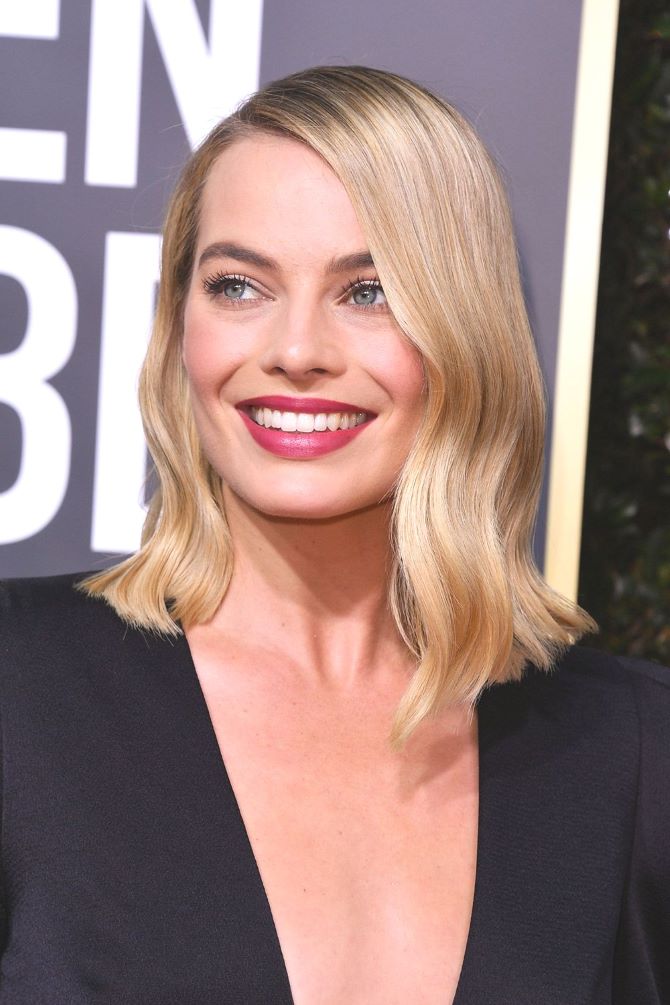 The lob took Hollywood by storm, with a long string of celebrities (including Taylor Swift, who rocked a beachy lob back in 2015) doing a big chop and their fans following suit. It's an effortless, easy way to change up your hairstyle without the lack of versatility that tends to come with short hair.

The verdict: Love it!

Glitter: the child's best friend for crafting and every exasperated parent's worst nightmare. It's a known fact that glitter gets everywhere, but that doesn't stop the legions of festival-goers and party animals. The argument that we shouldn't use glitter for the sake of the environment is now moot: In light of the global environmental crisis glitter has had a huge makeover, with biodegradable, seaweed-based versions now available.

So, rest assured, you'll find it everywhere—notably, in the hair of girls, boys and everyone in between. Glitter roots, glitter tinsel, glitter hairspray—it's taking over! Granted, it looks really cute but dear lord the sight of it makes me so anxious.

The verdict: Love it but far, far away from me.

The revival of the '90s aesthetic has brought back hair clips in full force, this time with an even more fun twist! You can find butterfly clips, big and small barettes, scrunchies, hairbands on the runway, the street—maybe even in your own home. Have bangs? No worries; you can clip them back. Worried about your greasy 4-day-old hair? Tie it back. The possibilities are endless.

The verdict: Love it!

7 Ways to style (and wear) a bob, as seen on the streets of Paris Fashion Week