06.03.20
Our weekly roundup on what you might have missed this week including the latest from Katy Perry, BTS, "No Time To Die" and more

Hello, pop culture junkies! Welcome back to Pop Culture Catch-Up where we bring you everything you need to know in the pop culture scene that happened over the week. This week's headlines include Katy Perry's pregnancy announcement, No Time To Die's delayed premiere, and Bates latest collaboration with Simon Webbe.

The Fireworks singer surprised fans when she first teased about the release. Now, Katy Perry has announced that she's pregnant in the music video for her latest single. Well, it seems like the pop star and Orlando Bloom are having a baby! Never Worn White is a tune that muses over a piano melody—taking a more emotional tone; reminiscent of songs from her repertoire such as Unconditionally and The One That Got Away (Acoustic). The music video—directed by J.A.C.K.—shows Katy Perry decked in a beautiful all white ensemble and looking ethereal.

What are your thoughts on Katy Perry's new song and music video? Never Worn White (written by Johan Carlsson, John Ryan, Jacob Kasher Hindlin, and the mother-to-be herself) follows the singer's other recent releases—Small Talk and Harleys in Hawaii.

How unfortunate; both the postponement and the virus. Amid coronavirus fears, MGM, Universal, and Bond producers (Michael G. Wilson and Barbara Broccoli) have decided that the premiere of No Time To Die will be delayed until November 2020. The film was initially slated to to be released on 3 April but will now be available in the United Kingdom on 12 November and 25 November in the United States.

No Time To Die is slated to be the final appearance as 007 for Daniel Craig. We will just have to wait until November to hear Billie Eilish's Bond theme—also called No Time To Die—on the silver screen.

BTS' Map of The Soul: 7 debuts on top of the Billboard 200 albums chart

Attention all Armys! The boys have done it again; topping the chart with the newest album—moving 422,000 equivalent album units. Since their debut in 2013, the South Korean group has had tremendous success, both in South Korea and internationally. This is their second time topping the chart after Map of the Soul: Persona went to the top spot last year. Their latest single, On, is their highest peak yet on the Billboard Hot 100, with a fourth place debut!

Here's another fact to be proud of—Map of the Soul: 7 is the best first-week numbers for any artist thus far in 2020. Have you listened to the album yet? What are your thoughts? 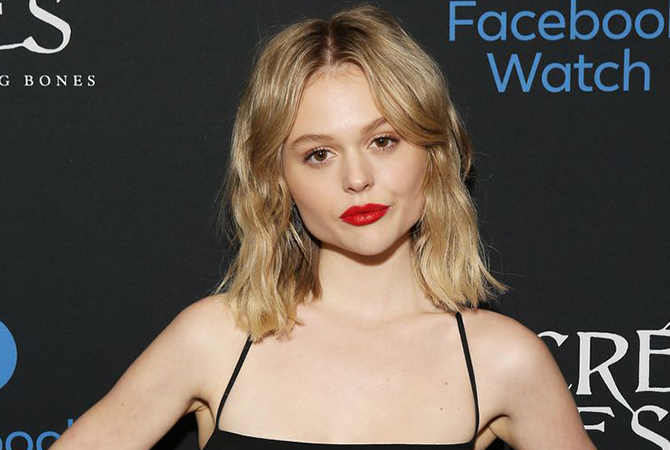 Last July, it was announced that a 10-episode reboot of the series was ordered by HBO for the HBO Max streaming platform. If you are a fan of the original Gossip Girl, here's some exciting news! We know that Kirsten Bell will be returning to the show; HBO has now revealed that there will be new additions.

Emily Alyn Lind from Revenge and Code Black is joining the series as a lead—playing Audrey. The Chilling Adventures of Sabrina's Whitney Peak, Pretty Little Liars: The Perfectionists' Eli Brown, Lethal Weapon's Johnathan Fernandez, and Jason Gotay from Peter Pan Live! will also be part of the Gossip Girl ensemble.

Although there are no news about the return of the other original casts, it is said that the new lead characters will reference them in one way or another. Are you excited for the reboot of Gossip Girl?

What do you think of the song and music video?