Recap: The best (and happiest) runway moments from the Autumn/Winter 2019 Fashion Month

19.03.19
A splendid performance, cute dogs spotted and a game show revival—here’s what you need to know

Autumn/Winter 2019 Fashion Month may have ended, but memorable moments will last forever. Here, we take a look back at some of the most talked about happenings on the runway, including a striking debut, a performance by an icon, and wait for it—puppies on the runway!

Tomo Koizumi may be a relatively unknown designer, but that all changed after he showed his debut collection during New York Fashion Week. Tapping the likes of Bella Hadid, Emily Ratajkowski, Gwendoline Christie and Rowan Blanchard, the Japanese designer sent down a series of awe-inspiring looks that will uplift the moodiest of moods. The gowns of rainbow confection are made from Japanese polyester organza, and over 400 colours of the fabric were used to create the 28 ensembles which cascaded down the runway oh-so-beautifully. That magical fantasy is definitely something the fashion world could use more of.

The February weather in New York City in February may be brutally cold, but Lela Rose was determined to give show-goers a little pick-me-up in between shows. To present her Autumn/Winter 2019 collection, the designer staged a "Roseminster Dog Show", where the cutest puppies accompanied the models down the catwalk, complete with announcers who moderated the show. Needless to say, both guests and models were all smiles throughout-it was as cute as you'd expect.

To complement the Studio 54-themed Autumn/Winter 2019 collection, the brand decked the venue at Cipriani Wall Street with velvet curtains, disco balls and herringbone floors. But that's not it. Michael Kors aimed to have some fun during the finale by bringing some major star power to the stage: iconic American singer Barry Manilow. Dressed in an embellished orange blazer, the 75-year-old icon performed his hit song, Copacabana, as models took their final walk before joining him and danced the morning away. It was a pleasant surprise, for sure. 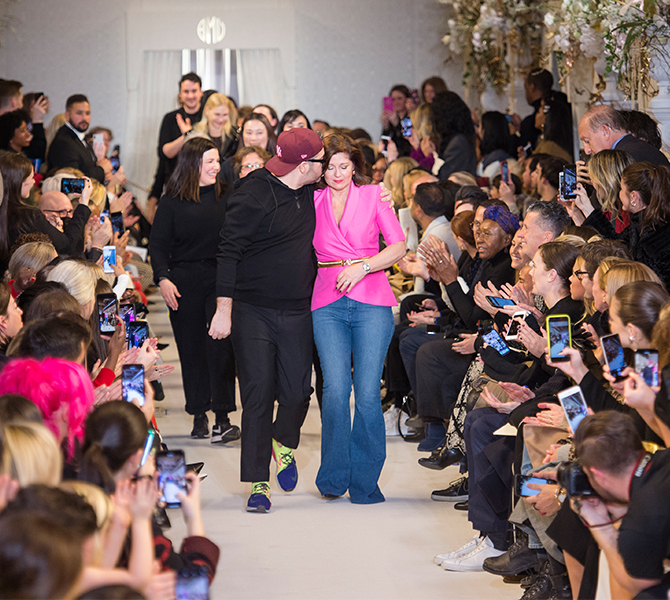 When it comes to one of the sweetest moments, Brandon Maxwell definitely took the cake. Dedicating his AW19 show to his mother, Pam Woolley, naturally, the designer got her—who was sitting on the front row—to join him and his team as they took their bows during the finale. Walking arm in arm to a room full of standing ovations, it was definitely a happy, touching moment.

Moschino's The Price is Right revival

You can always count on Jeremy Scott for a one-of-a-kind runway every season, but this round, the designer took it to new heights. Drawing inspiration from the '70s game show The Price is Right, the designer turned the showspace into a replica of the television set, complete with gym equipment, household items, and a Ferrari—modelled by Irina Shayk, Joan Smalls, Bella Hadid and more. The look of the night, was definitely the TV dinner ensemble, featuring an oversized jacket with peas and carrots, mashed potatoes and meat. 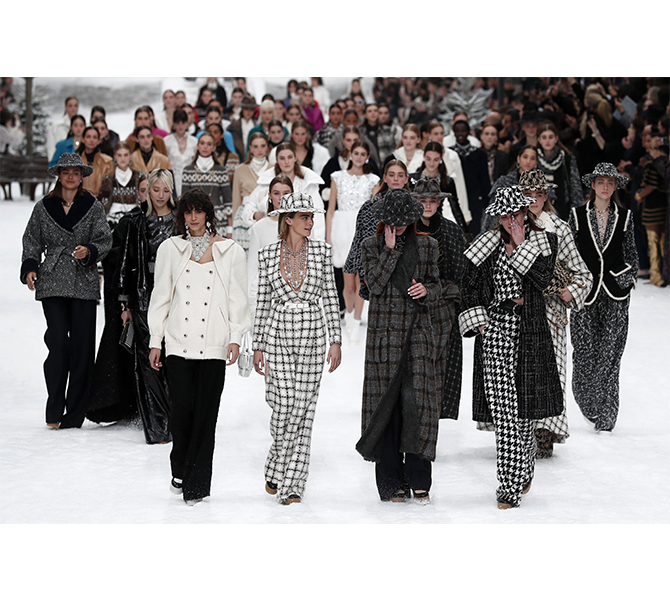 Some of the best moments this season, were definitely being able to witness Karl Lagerfeld's last collection for Fendi and Chanel—they're definitely the ones we'll remember for years to come. After the fashion legend passed away two days before the Fendi show in Milan, the brand paid a touching tribute to Karl Lagerfeld at the end of the show. After models walked the finale to David Bowie's "Heroes" and Silvia Venturini Fendi took her bow with tears in her eyes, lights were dimmed before a clip from Loïc Prigent's documentary, "Karl Lagerfeld sketches his life" played on screen. At Chanel, the brand honoured its creative director with a minute's silence before presenting the last collection designed by Lagerfeld. During the finale, models walked arm-in-arm to the same song that was played at Fendi, and some, such as Mariacarla Boscono and Catherine McNeil were some who couldn't hold back their tears. The fashion industry has lost a genius, and the Kaiser will be greatly missed.

From a funfair to a racing pit stop, Tommy Hilfiger has done it all. To celebrate its first collection with Zendaya, the brand hosted its show in the City of Light, and the Théâtre des Champs-Élysées featured makeshift bars, arcade games and roller disco-all to complement the '70s themed collection. Towards the end of the show, legends took turns to sashay down the runway, including '70s supermodel Pat Cleveland and androgynous icon Grace Jones, who brought the house down with her hit song, "Pull Up to the Bumper".

The return of the supermodels

This season also saw one of the most supermodel comebacks to date, from '70s to the '90s supermodels. And one thing's for sure—they still look equally as good as the It-girls of the moment. Some to note, include '70s model Patti Hansen (whose husband is Keith Richards of The Rolling Stones) at Michael Kors; Pat Cleveland at Hellessy and Tommy Hilfiger, Christie Brinkley at Elie Tahari; '80s supermodel Christy Turlington at Marc Jacobs; Stephanie Seymour at Versace; and Czech supermodel Eva Herzigova at Max Mara.