Keeping up in Calvins

Calvin Klein's multi-month campaign roll-out continues; less than a month after launching its third campaign featuring Kaia and Presley Gerber, Calvin Klein has released its latest advertising campaign featuring one of the most recognised American families at the moment—the Kardashian-Jenners. Centered around an "Our Family" concept, the five sisters—Kourtney Kardashian, Kim Kardashian West, Khloe Kardashian, Kendall Jenner and Kylie Jenner—displayed their strong bond in a series of images that was shot in a barn-like location by photographer Willy Vanderperre. Posing together in a mix of the core and new range from the Calvin Klein Jeans and Calvin Klein Underwear collections, the Kardashian-Jenners also played a game of 'Never Have I Ever' while they're at it. 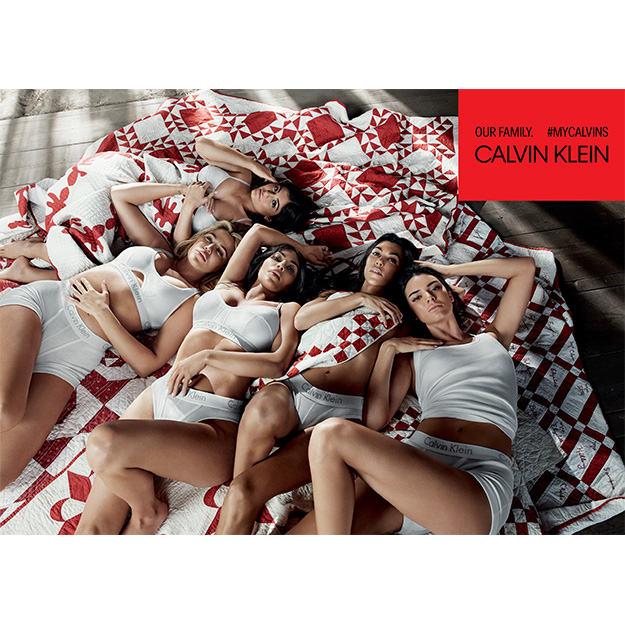 Watch the video of their mini 'Never Have I Ever' game below:

Aside from Kaia and Presley Gerber, the #MyCalvins campaign also featured Solange with a group of artistes such as Kelela, Dev Hynes, Caroline Polachek and Adam Bainbridge of Kindness, as well as the whole A$AP Mob.

Everything you need to know about the Calvin Klein AW17 sublines