09.03.20
From new campaigns to new brands to new boutiques, here are all the recent fashion news to catch up on

After the brand unveiled its CK One global advertising campaign featuring models Cara Taylor and Parker Van Noord, musician and actor Elliot Summer, skater and photographer Evan Mock, musician and makeup artist MLMA, and rapper and dancer Priddy the Opp, Calvin Klein has launched an exclusive campaign in Asia, featuring two of the most loved artists from South Korea and Taiwan respectively, Hyuna and Lil Ghost. Sticking to the "I am one, I am many, I love everyone of me" tagline, the images showcased the different sides of each celebrity and highlighted the freedom of self-expression. Hyuna, in particular, sizzled in the underwear pieces in roses and monogram prints, paired with the CK One Jeans separates including hoodies and jeans.

The CK One collection is now available in selected Calvin Klein Jeans and Underwear stores, and on its website.

David Beckham is one of the best dressed guys in the world—there's no doubt about that. If you'd like to emulate his style, the ex-football player has partnered up with Safilo to launch an eyewear label of his own—DB Eyewear. Consisting of an array of optical frames and sunglasses, the collection exudes that effortless British flair that's pulled together with a vintage spirit. Each piece comes with two distinct features: 1) The Talisman, a metallic logo at the temple of the glasses, inspired by the wings of the bird; 2) The DB monogram, lasered on the frontal lens and engraved at the inner part of the frames.

Fans of Audemars Piguet, rejoice! As its Starhill boutique is undergoing renovations, the luxury watch brand has opened a new pop-up boutique at The Westin Kuala Lumpur Hotel. Located at the 33rd floor in the club lounge, the space spans over 268 square-meter and its interior is inspired by the Manufacture's origins in the Swiss Jura Mountains, while the neutral toned furniture gives off a comforting and calming shopping experience. Shoppers can check out both the new and classic designs—from the Royal Oak to the Code 11.59—while enjoying the view of the KL City Centre.

Half a year after Jean Paul Gaultier revealed his Spring 2020 Couture show would be his last (and threw an over-the-top finale party to celebrate), the designer took to Instagram to announce his new concept moving forward. "Each season, I will invite a designer to interpret the codes of the House and I am doubly pleased that Chitose Abe of Sacai will be the first one!" Known for her experimental mix of juxtaposing prints and textures, we're definitely looking forward to what she has to bring to the table. Stay tuned to the Fall 2020 Couture show!

Peter Pilotto is on a hiatus 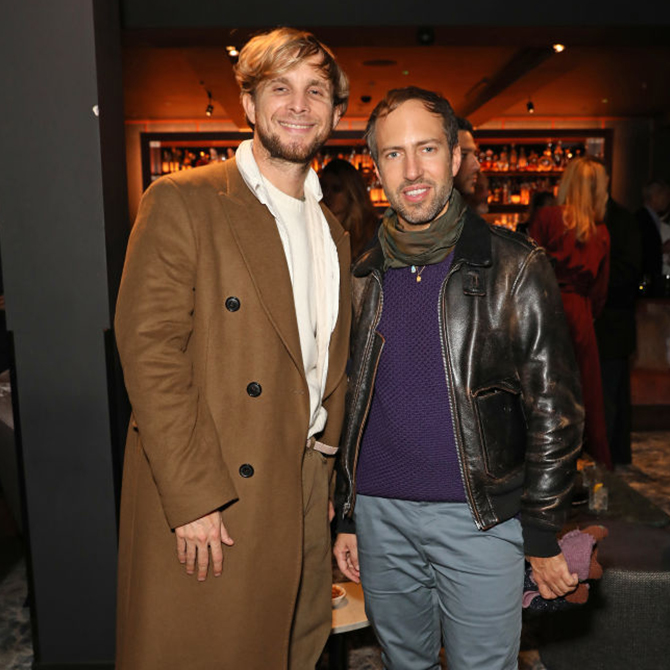 After skipping the Autumn/Winter 2020 runways in London and Milan, designers Peter Pilotto and Christopher De Vos have announced that they "have decided to take a break and pause the Peter Pilotto brand. The plan is to take some time to reassess the future of the brand, its structure, business models and operations," according to a statement. In an exclusive interview with Business of Fashion, the duo said "We feel like we need to look into a more sustainable setup for what we do next. The Peter Pilotto brand stands for a strong aesthetic and craftsmanship. We feel like we need to find a rhythm that suits us better." The British fashion house is best known for its striking prints and for designing Princess Eugenie's wedding dress in 2018.

Mention Yves Saint Laurent's partner and you'll most likely think of Pierre Bergé, but when it comes to his partner in crime, fashion icon Betty Catroux (whom the late designer calls his "female double") is the name to know. The French model was a muse and confidante of Yves Saint Laurent ever since they met in 1967 until the latter's death in 2008, and she's the one who inspired his mannish looks that became an iconic silhouette 'til this day. To celebrate her legacy, artistic director Anthony Vaccarello was given a carte blanche to curate an exhibition at the Musée Yves Saint Laurent Paris, and Betty has donated more than 180 haute couture pieces, 138 from the Yves Saint Laurent Rive Gauche collection, and accessories including jewellery, handbags, shoes, and more. This marks the largest donation that has ever been made to the museum.

The Betty Catroux exhibition will be open from March 3 to October 11 2020.