After the Italian fashion influencer's namesake label, Chiara Ferragni Collection, launched a collaboration with Champion back in April, searches for the sportswear brand surged 108 per cent. Some of her looks during lockdown—including a Versace robe and Louis Vuitton furry slippers—have also influenced global searches.

The Duchess of Cambridge is no stranger to influential fashion moments, and this year, the floral face mask she wore during a visit to the baby bank charity has led to 185 per cent spike in searches in the UK. The striped top she donned during a Zoom interview with BBC has also caused a 36 per cent increase in searches in 24 hours.

ICYMI, Charli D'Amelio is the most followed star on TikTok. The 16-year-old was invited to Prada's AW20 show earlier this year, and the pink nylon bag she was toting led to a 90 per cent surge in searches within 24 hours. After she posted a video on TikTok to celebrate her 72 million followers in a tie-dye cropped T-shirt, searches for similar tops increased by 73 per cent for two days.

Lizzo has been making waves for her fashion choices all year, but her outfits during her performances were some of the most buzzworthy. That includes the eye-catching look she wore during the Savage x Fenty Vol. 2 show (where searches for blue lingerie jumped 96 per cent), as well as her Grammys' neon bodysuit get-up that led to a 37 per cent increase in searches in 24 hours.

A quick search on the Normal People actor will ead you to a slew of articles that focuses on the short shorts he was repeatedly spotted wearing back in July—and searches for the similar piece for men's increased by 51 per cent during the same time. Aside from that, his Louis Vuitton outfit at the Emmys has also led to a 44 per cent jump in searches for the French fashion house.

Travis Scott's Nike collaboration is undoubtedly one of the most talked-about of the year, so it's unsurprising that searches for the sportswear brand spiked 128 per cent month-on-month since the announcement was made. His partnership with McDonald's on a limited-edition Cactus Jack meal has also boosted the fast food company's quarterly sales.

AOC's political fashion statements has made her a fashion icon in the past year. The outfit she wore while giving a speech on sexism has led to a 74 per cent spike in searches for women's red suits for five days. After she named Telfar as one of her favourite brands during an Instagram Live session, searches for the brand jumped 163 per cent.

The BTS member who made it onto Lyst's list this year is the leader of the group, RM. After he was spotted in a white turtleneck-and-jacket look in New York earlier this year, searches for similar pieces jumped 67 per cent that week. Some of the other influential moments include the Gucci outfits him—and the rest of the band—wore during the 2020 MTV VMAs, which spiked 28 per cent in searches for Gucci ties, and 12 per cent for three-piece suits.

Beyoncé launched her 'Black Is King' visual album this year, and her Marine Serre catsuit, in particular, has led to a whopping 426 per cent spike in searches for the French label. The Alessandra Rich suit she wore in one of her Instagram posts in September has also caused a 78 per cent rise in searches for the London-based brand. All hail, Queen Bey.

And the top Power Dresser of the year goes to... Harry Styles! The British singer is the first male celebrity to top Lyst's list. Some of his most influential fashion moments include his signature pearl necklace, the blue and turquoise blazers he wore in his Golden MV, his JW Anderson cardigan that went viral on TikTok, and more. 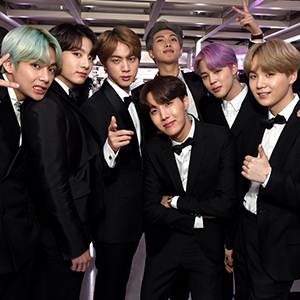 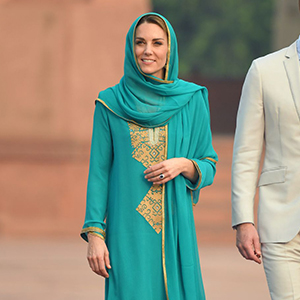 Is BTS the most well-dressed K-pop boy band?