You are not alone

Depression is a word often said too easily for some, and too hard to accept for others. Anxiety is sometimes brushed off as a passing feeling that comes from being oversensitive or a worrywart. Some people use these terms loosely as a form of expression but there are many who are truly weighed by them. World Mental Health Day is observed on 10 October every year and is recognised by the World Health Organisation.

The above-mentioned two mental disorders are among the most common types with, on a global scale, more than 300 million people suffering from depression and more than 260 million with anxiety problems—many of them are living with both. Locally, the National Health and Morbidity survey reports that 1.8% of the Malaysian population (approximately 560,000 people) are depressed and it's a number that continues to grow.

According to an opinion piece by Senior Vice-Chairman of the Malaysia Crime Prevention Foundation, Tan Sri Lee Lam Thye published in The Star Online, the ratio of students with mental health problems 'has risen from one in every 10 in 2011 to one in five in 2016' with the majority of them suffering from excessive anxiety and depression. 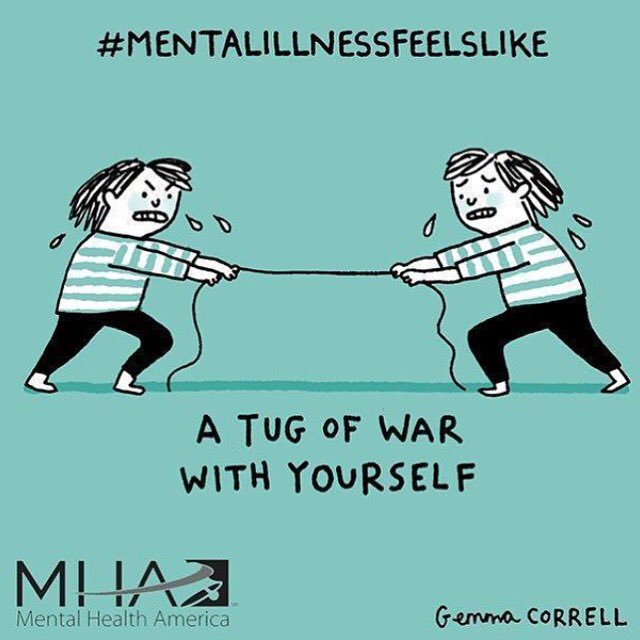 Mental health disorders as well as caring for one's mental health is easily missed and dismissed. Art is a wonderful way to spread awareness and help people understand it a little better, for the ones drowning in their dark thoughts—fighting their best—and the ones on the outside. One particular artist does this beautifully. Bangalore-based artist Sonaksha Iyengar participated in the #36DaysofType project (essentially a typography challenge for designers and illustrators) with mental illness as the inspiration. The result was an illustrated A to Z of mental health meant to start a conversation, or rather, the conversation. Will you participate?

Head over to Sonaksha's Instagram, where she regularly posts mental health illustrations, for the rest of the series as well as to read her insight to each drawing.

Keep calm with these meditation apps

Autism: What is it and how they see the world

Keep calm and carry on: The best meditation apps for a peace of mind

Autism: What is it and how they see the world