In the name of brilliance

Three years ago, Graff made diamond history with the world's largest D Flawless heart-shaped diamond, a brilliant 118.78-carat masterpiece cut to perfection. This year, it shatters expectations once again with yet another record-breaking jewel, the Graff Lesedi La Rona—the largest square emerald cut diamond yet. Weighing in at a staggering 302.37 carats, it is the largest highest colour, highest clarity diamond ever graded by the Gemological Institute of America. 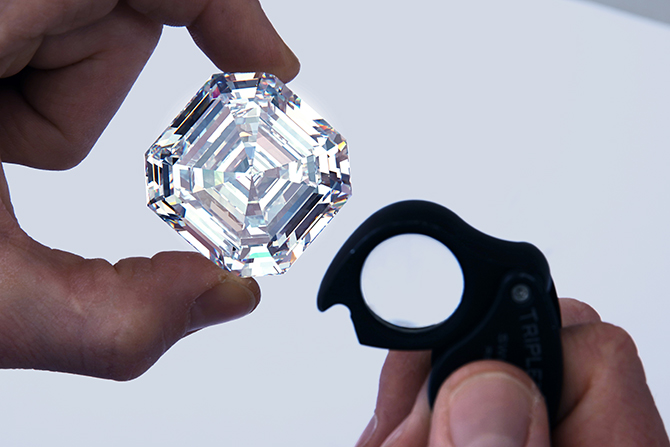 The dazzling jewel was cut from the 1,109 carat rough diamond discovered at the Lucara Karowe mine in Botswana. The second largest gem quality rough diamond ever found, it was named Lesedi La Rona, which means "Our Light" in Tswana, the official language of Botswana.

From discovery to completion, the process of creating the Graff Lesedi La Rona took over 18 months. It posed a technical challenge for Graff's expert gemmologists, as the stone posed too large for their existing equipment. A scanner had to be custom built for the Lesedi La Rona, along with brand new imaging software in order to probe its prodigious expanses. After months of analysis, the team set out for the cutting and polishing of the stone in order to yield the largest and highest clarity diamonds possible. It was a highly demanding process, with absolutely no room for error. 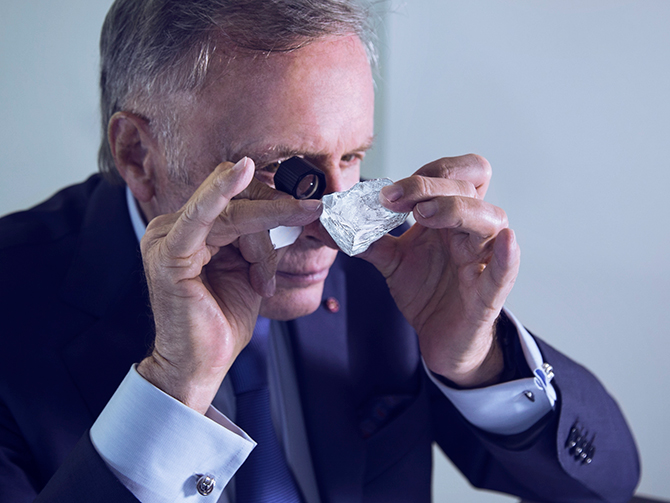 "Cutting a diamond of this size is an art form, the ultimate art of sculpture," says Laurence Graff, chairman of Graff Diamonds. "It is the riskiest form of art because you can never add and you can never cover up a mistake, you can only take away. You have to be careful and you have to be perfect."

Alongside the exceptional Graff Lesedi La Rona, 66 other "satellite" diamonds were also polished from the massive rough diamond, ranging from under a carat to over 26 carats.

The Graff Venus: A look at the world’s largest D Flawless heart-shaped diamond