At four-and-a-half months old, baby Archie Harrison Mountbatten-Windsor has made his first official appearance as his parents—Prince Harry and Meghan Markle—embark on a 10-day tour in Africa. His outfit? A blue and white striped jumpsuit from H&M's Conscious collection. The royal family paid a visit to the Archbishop Desmond Tutu's Legacy Foundation in Cape Town to get more insight into his work, which involves the development of youth and leadership and social justice. Also, can we take a minute to appreciate how much Prince Harry and Archie look alike at the same age? 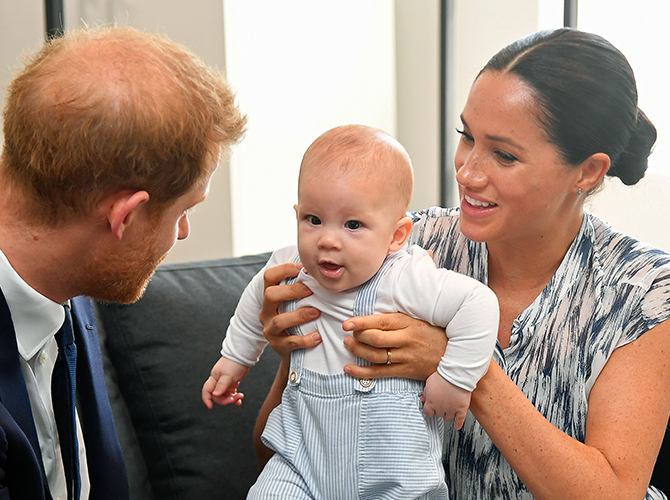 Baby Archie's aunt, Princess Beatrice, also has good news to share, as she's now engaged to her boyfriend Edoardo Mapelli Mozzi. Her ring? A round-cut diamond flanked by four smaller baguettes by British jeweller Shaun Leane. According to a statement from the Buckingham Palace, the couple said, "We are extremely happy to be able to share the news of our recent engagement. We are both so excited to be embarking on this life adventure together and can't wait to actually be married. We share so many similar interests and values and we know that this will stand us in great stead for the years ahead, full of love and happiness." No wedding date has been set so far, but if her sister and cousins' weddings are any indication, the ceremony will be another highlight of the year, for sure.

Curated by fashion heavyweight Carine Roitfeld, The White Shirt Project is an exhibition that pays tribute to the late Karl Lagerfeld and his love for—you guessed it—white shirts. Some of the designer's closest friends and family were invited to reimagine his wardrobe staple, including Gigi Hadid, Helen Mirren, Alessandro Michele, Cristiano Ronaldo, and even his pet cat Choupette, and the project was launched during Paris Fashion Week at Karl Lagerfeld's Saint-Germain-des-Pres flagship. Those who are travelling to London and Munich this month will be able to get an up-close look at the shirts, which will be displayed in the Karl Lagerfeld boutiques. On top of that, a limited number of replicated tribute shirts are made available on Farfetch and Lagerfeld's websites, and they are designs from Cara Delevigne, Kate Moss, Takashi Murakami and more. 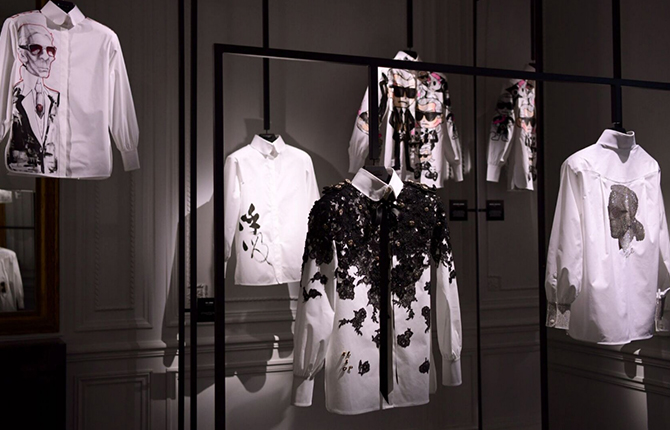 Hermès' Spring/Summer 2020 collection was no doubt one of our favourite shows this season. Creative director Nadège Vanhee-Cybulski's continuous iteration of the Maison's leather pieces that exude quiet sophistication like no other make the perfect wardrobe for the everyday women.

Missed the show? Watch it here:

It's a collaboration you didn't see coming—Louis Vuitton is creating a special case for the League of Legends World Championship trophy, and it's as luxurious as you think. The bespoke trunk combines the fashion house's savoir-faire along with high-tech elements from the game. The finals will be held on November 10 at the AccorHotels Arena in Paris, so stay tuned to find out who will emerge as the winner and receive the trophy and a one-of-a-kind case this year. Aside from the carrier, expect more announcements to come (hint: skins).

Fashion legend Karl Lagerfeld passes away at 85 in Paris